Afternoon gents, it’s Max from The Young Gentleman’s Guide here! So today’s article is going to be quite a bit different than a lot of our other articles. Since this article will most likely be going up on February 1st, that means it will be going up at the start of Black History Month. People, at least in the United States, use the month of February to celebrate the contributions that people of color have brought to the world, whether in science, technology, art, music, politics, or any other facet of everyday life. So today, I thought it would be fun to highlight some of my personal favorite African American artists and bring to light their specific contributions to the world of music. You may be surprised by who you see. Also, fair warning, this article will be quite lengthy since I have a lot of artists I want to cover, but I promise you will enjoy it. So without any further ado, let’s get started! 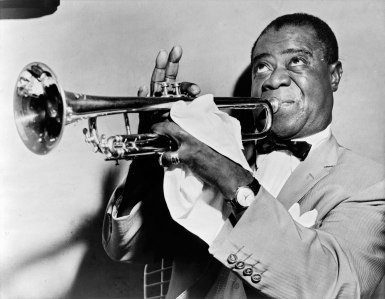 Louissssssss. Pops. Satchmo. Dippermouth. The man who taught the world to swing. Very few names in the world jazz are as celebrated as his. Being born and raised in the jazz capital of the world, New Orleans, he was one of the first major pioneers of the jazz genre, and likely changed the course of popular music as we know it. He was the first to put an emphasis on individual improvisation in jazz as opposed to ensemble playing that a lot of early jazz was known for. With the instantly recognizable sound of both his horn and his voice (and such a winning smile helped too), Armstrong won over the hearts of so many, and his contributions to the world of music are still celebrated to this day, especially in New Orleans. 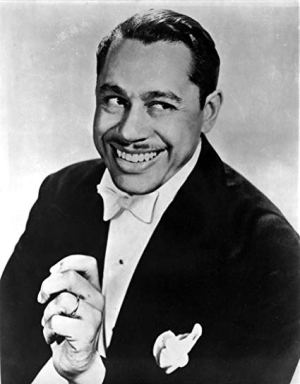 Born in Rochester, New York, Cab Calloway had a charismatic energy and vocal style all his own. His music brought such a unique energy that there were actually entire cartoons just based around some of his songs. He was also a master of scat-singing, so much so that his nickname was the Hi-De-Ho Man. Anyone who’s in a bad mood or otherwise feeling down should definitely give his music a listen, it’s certain to put anyone in a good mood.

Not only was Edward Kennedy “Duke” Ellington a virtuoso pianist, having written his first piano rag when he was just fifteen (15) years old, but there are many who consider him one of, if not the greatest American composer in history. Given the catalog of masterpieces that have come from him, such as C Jam Blues, In a Mellow Tone, In a Sentimental Mood, Caravan, and others, it’s pretty hard to deny that. He was also a revolutionary bandleader, having been a pioneer of the swing era, and also being known for demanding only the very best out of his musicians. He was so influential, that he is actually mentioned by name as one of “music’s pioneers” in Stevie Wonder’s hit song Sir Duke.

Yet another giant during the swing era, William “Count” Basie was able to bring his own unique stamp to the world of jazz. Along with adding more of a Kansas City flair to his style as opposed to Duke Ellington’s New York/Harlem influence, Basie also changed the game with a focus on more riff-based melodies and solos instead of longer melodic phrases. Such a writing style made his music and his orchestra instantly recognizable, as well as fairly accessible to the public and beginners in the style of jazz. 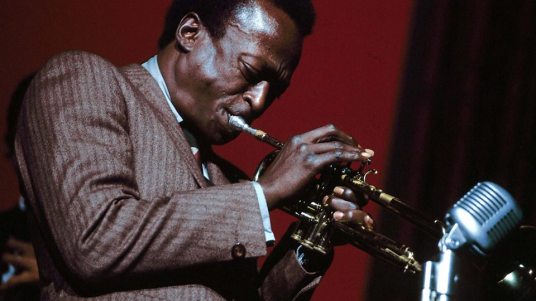 As a trumpet player myself, this man is one of my personal heroes. While it’s obvious that he a was a master of the trumpet, with a sound and style all his own, he was also a pioneer of many different movements in modern jazz. He was briefly a member of the bebop movement alongside Dizzy Gillespie, Charlie Parker, and others, he really made a name for himself in cool movement, the modal movement, and especially the fusion movement. Many consider his album Kind of Blue to be the greatest jazz album of all time. He certainly left his stamp on the world of music, and his influence doesn’t seem to be going away anytime soon. 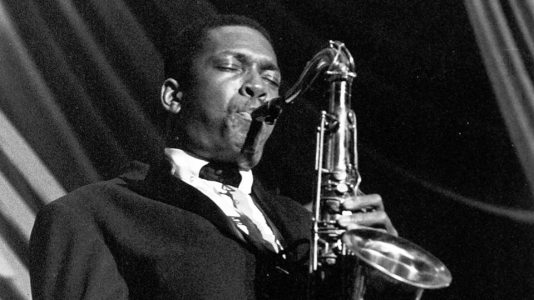 Considered by many to be one of the greatest musicians of the 20th century, Trane’s impact on the world of music is so profound that it’s practically entered the world of legend. There are entire college courses dedicated to studying just his music! Having made so many innovations in terms of improvisation, melodic concepts, chord sequencing, and so many other things, his impact on the world of not just jazz, but music in general is as clear as the sun is bright. In his own words, “All music is God’s gift to you. What you do with it is your gift back to Him.”

Let’s not forget any of the ladies out there!

Often referred to as the “First Lady of American Song”, Ella Fitzgerald is often one of the first names brought up when talking about American music, and for good reason. Her impeccable intonation, purity of voice, scat-singing chops, and ability to imitate any instrument in any ensemble made her incredibly versatile. As a result, many of the jazz greats had the pleasure of working with her, including the aforementioned Louis Armstrong, Count Basie, and Duke Ellington, and that’s just scratching the surface. With such a résumé and musical catalog behind her, it’s hard to tell where music today would be without her. 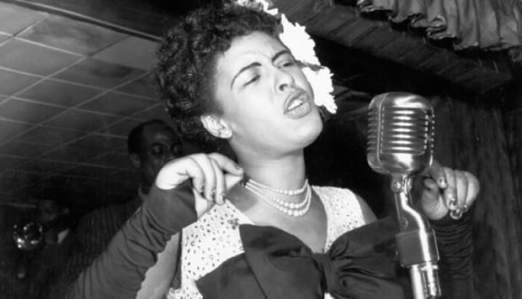 “Lady Day” as she was colloquially known, had taken many influences from the likes of Louis Armstrong and Bessie Smith, and came to develop a jazz vocal style all her own. Her soulful voice and creative songwriting were enough to make her a hit, but she also came into the spotlight as an civil rights activist. Her hit song Strange Fruit was somewhat controversial when it was released, as it was not only a song, but also a social commentary about the pervasiveness of lynchings in the Jim Crow-era south. A splash in the world of music and civil rights, Billie Holiday has certainly become nothing less of an American icon.

Clora Bryant was certainly somewhat of an oddball in the world of jazz. Though it wasn’t actively discouraged, it wasn’t very common for women in Bryant’s time to play the trumpet, since instruments like it, the saxophone, and the trombone we generally seen as more “masculine” instruments. It wasn’t just that Bryant was a female trumpet player that made her notable, however. Being mentored by bebop legend Dizzy Gillespie and touring with bands like the International Sweethearts of Rhythm and Queens of Swing led her to develop her own signature style on par with that of Gillespie himself. She’s certainly an underrated name in the world of jazz who I feel needs more appreciation.

So there you go! Apologies for how long this article was, there was just a lot of stuff I wanted to cover. If you’re interested, I actually have a Spotify playlist featuring these artists and several others, which I’ll link to right here. In any case, I hope you enjoyed reading today’s article. Please be sure to share the article, follow the blog, follow The Young Gentleman’s Guide on Facebook, Twitter, and Instagram, and support us on Patreon. And on that note, this is Max from The Young Gentleman’s Guide, and I’ll see you next time!