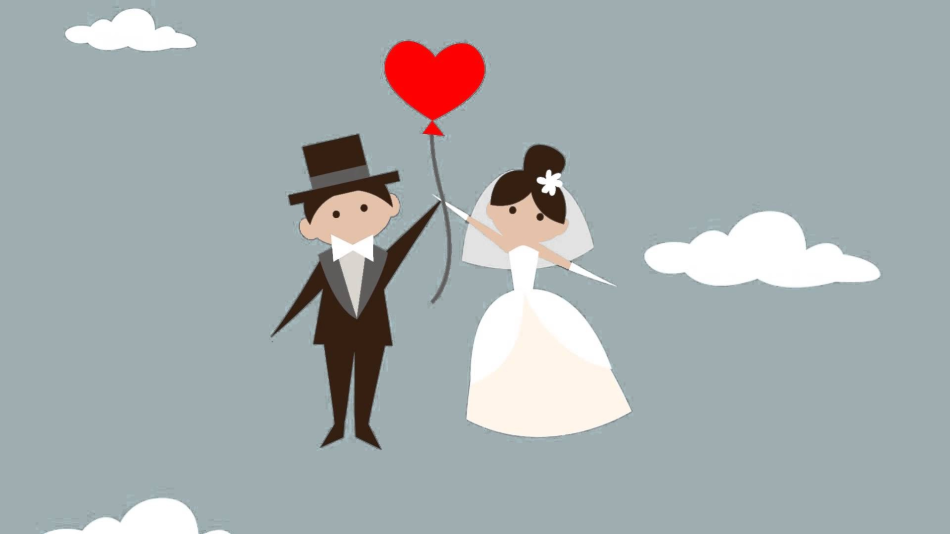 Afternoon gents, it’s Max from The Young Gentleman’s Guide here! So, I recently watched a video from a young woman on YouTube known as Roaming Millennial about how modern feminism is ruining the importance of marriage and families in today’s society. I’ll link to the video right here https://youtu.be/tZ-eR5IuZ7w

Now, while I myself have my own opinions on the modern feminist movement, I completely agree with what Roaming Millennial says in her video. I even share in her mentality in the sense that, ever since I was a kid, I have wanted to be a husband and a father, and that’s what the majority of my plans revolve around. While not necessarily a response to the video, I would like to throw my hat into the ring, and give you gents a few reasons why marriage is possibly more important now than ever before. There are a number of benefits that come from marriage, which can range from legal and financial to emotional and psychological benefits. With this in mind, let’s jump into it! (Not intending to steal a quote from Philip DeFranco)

First, let’s start with the legal and financial benefits. According to many statistics, married couples make an average of 10%-40% more money than their unmarried peers. Not only that, but it has also been shown that it is easier for two people to provide for themselves on a combined income than it is for a single person to do so on a single income. From a legal standpoint, there are even more benefits. Being someone’s spouse allows you to visit your spouse in the emergency room or urgent care even after legal visiting hours (this also applies to the delivery room later down the line), you can more easily divide business and estate assets among your family, and you or your spouse can claim benefits from each other from things like insurance claims, social security, and the like. But that’s just the tip of the iceberg, there is also a wealth of emotional, psychological, and social benefits that can come out of the knot.

First and foremost, marriage ultimately leads to a longer lifespan. Multiple studies have shown that married couples live an average of ten (10) years longer than their unmarried counterparts. While it is also shown that married people also get gray hair earlier, to me, that sounds like a pretty fair trade. Moving on, marriage also leads to better general mental health. Married men are significantly less likely to commit suicide, married couples have lower levels of depression, and married men drink less than single men, which obviously lowers their chances to develop alcoholism later in life. Married couples are also less likely to experience domestic abuse and violence. and while some of you may be asking why “cohabiting” isn’t just as viable, cohabiting couples just simply don’t have that same level of commitment. As opposed to married couples, cohabiting, unmarried couples are more likely to experience infidelity, are more likely to contract STDs, and are less likely to keep tabs on each other. While it’s obviously not very healthy to keep tabs on your spouse every waking moment of every day, it is still a good idea to keep up with your significant other’s general well-being. Did they go to the dentist? Did they finish what they had to for work? Did they take their medication? Did they go shopping? These are all very important questions that married couples in general put more emphasis on. So despite all these benefits, why is it that the rate of marriage has been steadily decreasing over the past few decades, and why are significantly fewer people having kids today? Most likely the biggest culprit is modern feminism.

While I clearly cannot speak for any modern feminist, it’s pretty clear that a majority of them nowadays are anti-marriage and anti-family. Back in the 1950s or 60s, hearing a woman, or anyone, say that they’d like to get married and start a family would raise literally no questions whatsoever. But in today’s society, the overall idea of marriage is seen as a glorified form of misogyny and slavery in the eyes of most modern feminists. Any woman today who shows even the slightest interest in being a wife or a mother is seen as, disempowered, who doesn’t even deserve the right to be called a woman. And just for the record, it’s my belief that any woman who says that being a mother isn’t in any way empowering has clearly never been a mother themselves. Now don’t misunderstand me, I know that marriage isn’t for everybody. And I’m also not saying that people should be forced to get married right out of high school if they don’t want to and are not ready (which does happen quite a lot all over the world, but that’s a completely different can of worms). However, the benefits that can come out of marriage and the importance of the familial unit is being dangerously undermined in today’s society, thanks to modern feminists. In a world where it is essentially our job to teach the next generation and prepare them for the future, modern feminists seem to be fighting the idea of there being a next generation just to serve their own entitlement.

So there it is! Hopefully this post has at least given you a different viewpoint on the prospect of marriage, and that you at least learned something. An to any of you gents reading this who are married or plan on getting married, my congratulations to you, and I hope that you and your wives have a long and happy life together. In any case, thank you so much for reading today’s post from The Young Gentleman’s guide, and nothing would make me happier than if you shared this post with a friend, followed the blog, and checked out The Young Gentleman’s Guide on Facebook, Twitter, and Instagram. And on that note, this is Max from The Young Gentleman’s Guide, and I’ll see you next time!

0 comments on “The True Value of Marriage”