Afternoon gents, it’s Max from the Young Gentleman’s Guide here! Today, I want to talk about a style of music that sadly is in danger of becoming a lost relic of the past, much like the art of being a gentleman, that being big band swing. Becoming popular in the 1930s and then practically becoming the soundtrack to World War II, this music was, and in many ways, still is a staple of American culture. It was a perfect musical representation of the optimism and freedom that America was known for, and it became a great morale builder for soldiers in the war. In the words of the legendary Glenn Miller, “America means freedom and there’s no expression of freedom quite so sincere as music.” But at this point, you may be asking how this relates to being a gentleman. That has less to do with the music itself and more to do with the attitude and persona surrounding the music. To get the idea of what I’m talking about, take a look at this video.

After watching that video, what did you notice about the guys? I myself noticed that they’re there to have fun, spend time with friends, and just be teenagers. Looking beyond that, just look at how they’re dressed and how they act. The first word that comes to my head is “classy”. They just treat everyone in the scene with respect and dignity, even in the context of a wild party, the women especially. Probably my favorite moment in the scene is when Robert Sean Leonard’s character, Peter, walks up to Tushka Bergen’s character, Evey. Evey asks Peter “How do I look?” and Peter responds “Like gold.” and they start dancing the night away. If you’re asking me, that seems like a pretty classy response. And earlier in the scene, we see a young Christian Bale pull a total class act move and actually ask one of the women in the club if she would like to dance with him. And this is the point I’m getting at; why I consider big band swing true gentleman’s music. This music simply exudes class and dignity, something that all young gentlemen should have. True, while some swing artists like Cab Calloway may have delved into some darker subjects like drug use and mental illness, most swing music, and even a lot of Calloway’s music, if it even had singing and lyrics, was all about very lighthearted things that everyone could enjoy. Subjects like travelling, falling in love, dancing, or simply just spending time with friends. Swing music was and continues to be all about optimism, freedom, and an overall carefree attitude, and it’s very disheartening to me that this once beloved genre of art and pop culture is in danger of dying. I say we bring swing music back into the sunlight again, it’ll be the 20s again in a few years, it’ll fit right in! In any case, I hope you enjoyed reading today’s article. Please be sure to share the post, follow the blog, follow The Young Gentleman’s Guide on Facebook, Twitter, and Instagram, and support us on Patreon. And on that note, I’ll leave you with some of my favorite swing bands/artists, as well as my favorite songs by those artist so you can check out the class for yourself. This is Max from The Young Gentleman’s Guide, and I’ll see you next time! 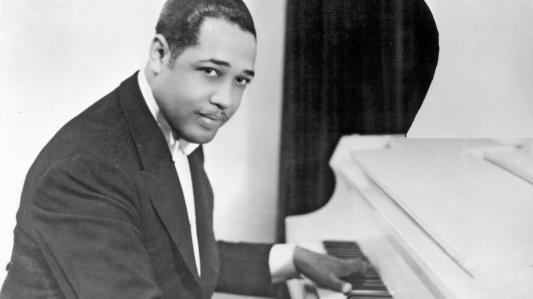 In a Sentimental Mood

“Portrait of Louis Armstrong” from The New Orleans Suite

I Left my Heart in San Francisco

Stompin’ at the Savoy

Just a Gigolo (I Ain’t got Nobody) 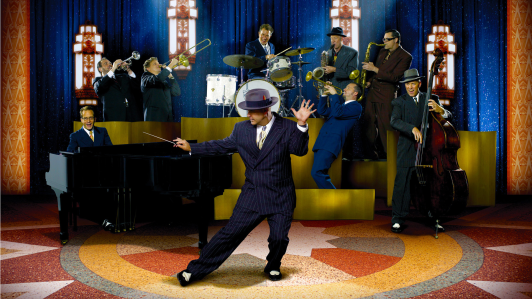 Jump With my Baby

This Cat’s on a Hot Tin Roof

Gettin’ in the Mood

Take the 5th (an adaptation of Beethoven’s Symphony No. 5)

This was amazing Max!

Thank you so much, Elena! You’re too kind ❤